The concept and the history of building façade is not something novel. Actually the first examples of building facades are met in medieval Europe. Wood was the dominant material for the construction of facades since it was easily sourced from the vast forests that existed in Western Europe during this historical period. 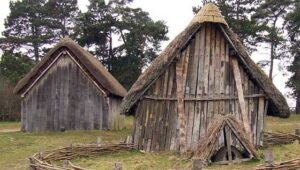 If we try to find a benchmark project in contemporary building, we could arrive at no other than Flatiron Building in New York since it used metal structure and cladding. A significant parameter for the design of Flatiron has been the revision of the New York Building Act in 1892, which abrogated the requirement for masonry on the ground of fire safety reasons and gave rise to the formation of plenty of the modern building methods. Namely, the creation of a shell, which is suspended through a secondary level of support system on the primary frame of the building.

In the case of Flatiron Building, glazed ceramic panels are the dominant cladding material of the facades. 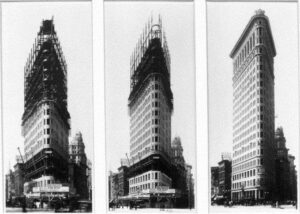 Today, the usage of ventilated facades with the simultaneous integration of a multitude of different materials –natural and artificial, such as metal, glass, ceramics, concrete, composite wood, plastics etc. has prevailed worldwide.

Naturally, the progress in the field of materials science has been an important factor for the realization of the modern building. 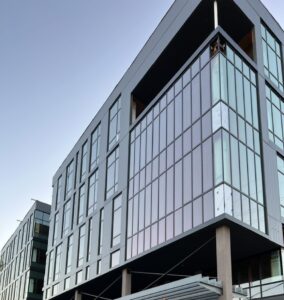 The creation of air gap throughout the height of the building, in which the circulation of air remains unobstructed, but at a higher temperature than that of the natural environment, implies the circulation of air in conditions of natural attraction. Briefly, the air enters the gap, is further heated by the absorbed solar radiation and is emitted by the cladding, moves upwards, creates a vacuum, which tends to be filled again with air and hence continuous ventilation is ensured within the shell.

Results of external thermal insulation and natural ventilation can be summarized as follows:

– Improving thermal comfort in the interior of the building.

– Saving energy for both heating and cooling, through the reduction of thermal losses.

– Protection against moisture, as the external cladding is a first protective level while at the same time ventilation accelerates the removal of residual moisture.

The three axes for the sustainability of buildings as below:

– Ensuring the optimum operation of the building over time.

– Enhancing the comfort levels for its users. 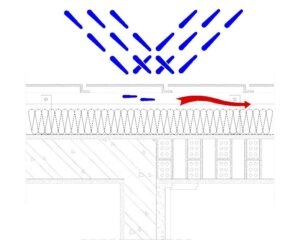 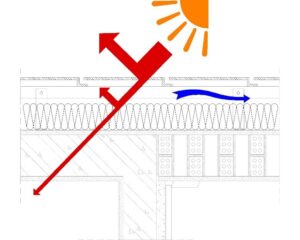 The fundamental operating principle of the ventilated façade is at the same time its weakest point in terms of fire transmission. The natural attraction of the air within the façade dramatically accelerates the vertical fire spread of fire, consequently facilitating its expansion throughout the building. In this way, even a small localized fire can potentially evolve into a large scale fire to the whole building. 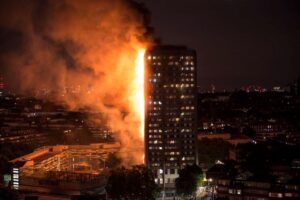 Grenfell Tower in London has been the most notable case of building fire since several decades. A residential building of 24 floors, initially erected in 1967 and renovated in 2015-2016 with ventilated facades cladded with LDPE Aluminium Composite Panels and insulated with PIR. The non-compliance with Fire Regulation act was considered as the root cause for the tragic death of 72 people. 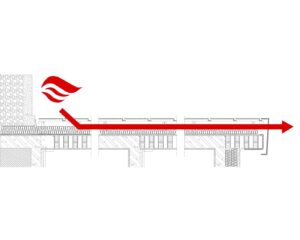 A typical example of the fire spread in Grenfell Tower was while the first fire hearth was detected on 00:54 and by – 01:30, the fire had reached the roof of the building through vertical transmission and was totally out of control. 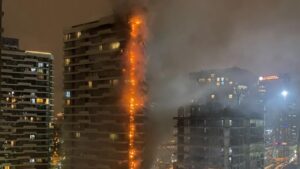 Vertical fire expansion in 24-storey building. It is worth noting that while the building seems mostly unharmed, there is a vertical fire across the entire side of the building with possible disastrous effect.

It is possible to maintain the advantages offered by ventilated facades while ensuring fire protection. The placement of fire barriers horizontally and vertically in order to fire compartmentalize the façade in accordance with the General Fire Safety of the building answers the existing challenge. 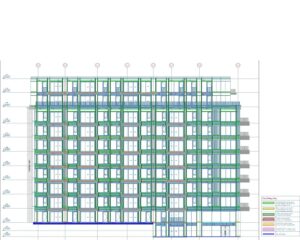 A fire barrier is placed horizontally with fire-resistance sealing tape, leaving a gap of 25-50 mm from the surface of the cladding. In this way, the ventilation of the façade is ensured while it is interrupted in the case of fire. 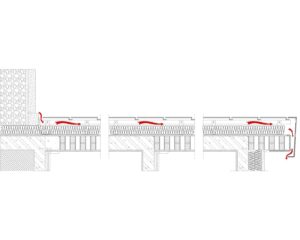 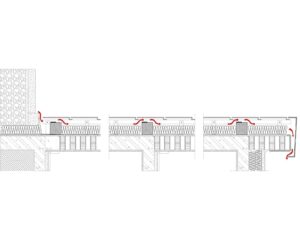 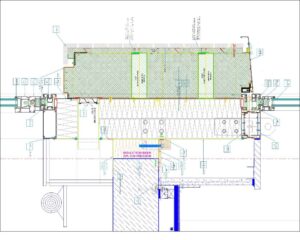 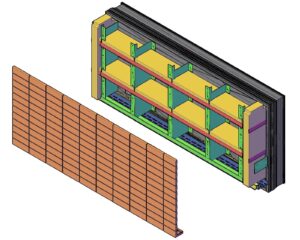 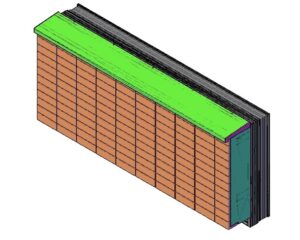 Example of Facade Engineering Study as above. In this case, and in the particular Unitized System with embedded brickslips, we can see the vertical fire-barriers at the side of the unitized module and two vertical fire barriers with the fire-inflatable membrane.

Re-defining the proper function of facade in existing buildings

Case study with residential complex in Stratford, London built in 2006-2007. In 2021 it joined a State Funding Program in order to harmonize with the Fire Protection Regulation. The Grenfell building tragedy has triggered the imperative to carry out checks regarding the provided safety of buildings in Great Britain.

The range of interventions required is extensive, both in terms of replacing the materials of the facades with fire-resistant ones, as well as in redesigning the shell by creating fire compartments. The materials replaced are:

– Wooden decking floors with aluminium ones.

– Brickslip cladding due to absence of fire compartmentalization. 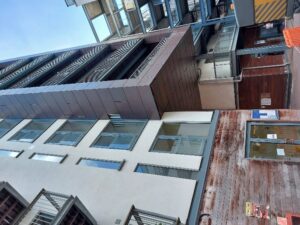 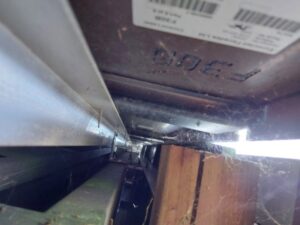 View of existing gap within the shell. The lack of fire barriers, combined with the presence of flammable building materials, creates the conditions for the rapid spread of fire vertically (chimney effect). 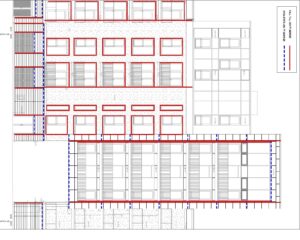 The requirements in the building construction sector follow a steadily increasing trend:

– Building systems and materials are becoming more specialized and sophisticated.

– The sustainability of the building has been widely recognized as a critical parameter.

– The number of stakeholders in the project implementation is increasing and new specialties appear.

In this context, there is a need to incorporate the fire protection principles of the building envelope from the initial design stages.

The perfection of the construction cannot be simply achieved by adhering to regulations. On the contrary, the principles served by the latter should become an integral part of the architectural composition.